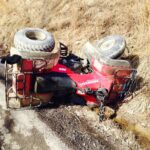 Rohrer, a 17-year-old student, was riding a double Yamaha Timberwolf four-wheel all-terrain vehicle (ATV), model YFB250FWG, when the steering column snapped. The back of the ATV came off the ground, flipping end over end. Rohrer was thrown from the ATV, suffering a fracture in his back and a spinal cord injury, resulting in paraplegia. His medical expenses totaled about $200,000.

Rohrer and his parents sued the ATV manufacturer, al­leging the vehicle’s steering system was defective. Plaintiffs also alleged that the ATV had a dangerously high center of gravity and poor lateral stability. Plaintiffs further alleged defendant failed to warn consumers about similar steering failures and related injuries on the ATV model. Plaintiffs were prepared to present evidence at trial of about 20 similar steering shaft failures encountered on the model to establish defendant’s knowledge regarding the defect. 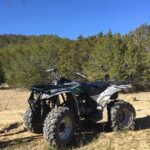 The parties settled for $3.2 million, with Rohrer receiving approximately $1.27million. Rohrer will receive about $266,600 in cash and the remainder in an annuity with a present value of $1million.

Documents in this case are available through the Court Document Sets section at p. 146, courtesy of Mr. Bennett.

Comment: For another case alleging that an ATV was defective, see Stotts v. Kawasaki Motors Mfg. Corp, U.S.A., Tex., Hunt County 345th Jud. Dist. Ct., No. 61860, June 29, 2001. There, Stotts, 52, suffered artery damage in his leg, requiring amputation at the knee, when his Kawasaki 4×4 Bayou 300 ATV flipped over and he was thrown from the vehicle. Stotts and his wife sued the ATV’s manufacturer and retailer, alleging the front differential on the ATV was delivered to plaintiffs without a sufficient amount of gear oil. Plaintiffs asserted that the lack of gear oil caused the component to overheat, resulting in bearing failure, which in turn caused the wheels to lock up.

Before trial, plaintiffs settled with the retailer for $400,000. Following a trial, the jury awarded plaintiffs about $3.42 million, including $75,000 for Stotts’s wife for loss of consortium. The jury found the manufacturer 50 percent liable, the retailer 40 percent at fault, and Stotts 10 percent responsible.

ROHRER V. YAMAHA MOTOR CORP., p. 138 (plaintiffs’ complaint, plaintiffs’ deposition testimony, and transcripts from the depositions of witnesses to the incident and others involved in similar incidents in a case alleging that an all-terrain vehicle’s steering system was defective and that the vehicle had a dangerously high center of gravity and poor lateral stability). No. PL-919.

How To Improve State Bar

No attorney-client relationship is formed between Bob Bennett & Associates and you by viewing this web site and its content.

If you are in Houston, I highly recommend Attorney Robert Bennett. Not only he is professional, but also he is passionate and very trustworthy. He will help you with your case and listen to all your problems. You can feel the warmth and carefulness on his advice.